His biggest scare was being chased by hungry cannibals

John St John, our personal fitness trainer at Good Holiday and the Good Ski Guide has cycled round Burma and Thailand in a 14-day charity ride and raised £54,000  from sponsors for Parkinson’s disease charities.

John, from South Wimbledon, was diagnosed with Parkinsons some four years ago – and decided from the start to fight it so stepped up his fitness training and sports massage work – and gone on charity cycle runs worldwide.

The British Army  veteran was  retired after being blown up by the IRA and deafened.  But you can’t keep a good chap down so he got on his bike and stepped up his fitness regime and to date has had no real problems from his affliction.

On his latest ride the 50-year-old did not even count the hundreds of miles he slogged through swampy plains, steep mountain paths  and then covered more than 400 miles through dense, cannibal-infested jungles on dreadful pot-holed tracks and he  often slept in the wild, when no safe accommodation was available. 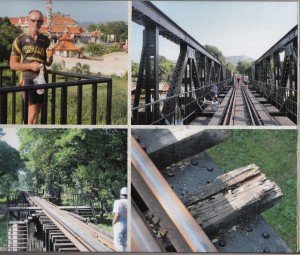 He started his jaunt outside Bangkok and pedalled north to the River Kwai to make a sentimental visit to the infamous  Burma Death Railway that nearly cost his late father, a WW2 Tommy, his life. 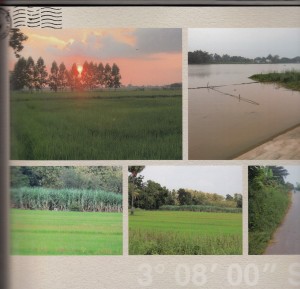 On his way over the Friendship Bridge from a sortie into Laos John nearly lost his wits – when he was chased for more than two hours by a group of “hungry-looking” cannibals wielding spears and machettes.

John quipped:” When these wild men got near me they started  making moaning noises and smacking their lips, forcing me to pedal like hell. I managed to outrun them, and by luck ran into a police patrol, one of the very few I encountered on my tour. But even the cops over there are scary.”

These days, John augments his Army pension by working  the Surrey Hills in his Fitnessmobile visiting  and training clients. On his Asia tour he found everything from extreme kindness and generosity from humble peasants to downright aggression from surly, downtrodden locals and of course the spear-carrying cannibalistic hill tribes,  and described it as his “trip of a lifetime.”

We spend more on skiing than food!