Moscow is hardly a short-break destination, but could be soon as the low-cost airlines now operate there, and the city has undergone a tourist revolution since the bad old days of surly service everywhere and take your own toilet paper.
Last time I was there the tanks had just left the streets and KGB founder Felix Dzerzhinsky’s statue was still outside the Lubyanka headquarters.

Today Felix is still on a plinth, but moved to an entertaining park of fallen sculptures in the ‘dustbin of history’ with Lenin, Stalin and others, and Moscow has changed in many ways.
Changed beyond recognition is the quality and availability of hotels. The days of the 30watt light bulb in bedrooms and restaurants serving unnamed and unidentifiable meat with hostile service are long gone.

Today you can chose from most international hotel chains, best of which we rate as the Baltschug (Kempinski) and the Marriott Grand (or Marriott Tverskaya), about 5 minutes from Red Square.
Lenin, remains in his mausoleum in Red Square, the physical and spiritual centre of Moscow and that’s the obvious starting point for any tourist. Security remains tight, but after seeing the body you exit to see the Kremlin wall graves. Forget the former soviet leaders and look for true heroes; author John Reed, the only American to be buried in the necropolis or Cosmonauts Gagarin and Komarov.
Many of Moscow’s sights can be accessed on foot from Red Square, but the famous underground is the bloodstream of the city and a tourist attraction in its own right.

Forget the Blade Runner style of station familiar to Londoners. The underground was built not only for transport but to provide palaces for the people and even 80 years after the first stations opened they remain dazzling. From Teatralnaya station by Red Square take line 1 then change to line 6. Get off at VdNK station [named after an exhibition park] and you are at the Space Museum and Monument to the Conquerors of Space. The contents range from spacecraft to simple clothes worn by space pioneers of space – a must-do for any gadget lover.

Of course Moscow is also about history and back in the city centre any tourist has to visit the onion domed Cathedral of Vasily the Blessed, commonly known as Saint Basil’s Cathedral, at the edge of Red Square. This is not one church, but nine ranged around a central core. It was built for Ivan the Terrible, who was reputed to have blinded the architect to stop him building another. After St Basils cross the square to GUM, once a shop with no stock but now filled with brands so upmarket it can make Harrods seem like Poundland.

Perhaps the most dazzling window into Moscow’s imperial past is the Kremlin Armoury which displays art and jewels from the 5th right through to the 20th century. How dazzling is it?  Well they have many of the world’s Faberge eggs, built for the Russian royal family. They’re displayed in a side case, almost an afterthought compared to the other items in the collection.

Moscow is unlikely to be a weekend away destination in the way of Prague or Budapest, but with the city appearing on low cost airlines routes it’s now possible to visit for less than a Tsar’s ransom. 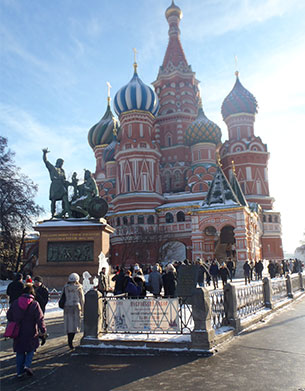 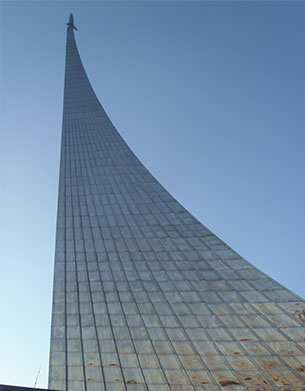 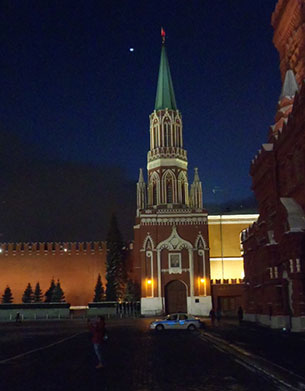 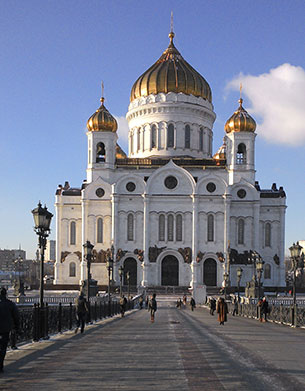 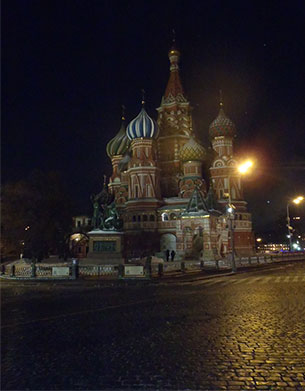 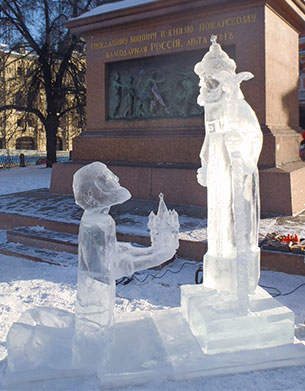