We Band of Brothers

It was a sound like no other – the ‘whoosh’ of many thousands of English arrows fired in unison by 7,000 archers on one of the bloodiest days in British history.

It was heard six centuries ago at the Battle of Agincourt, when England’s King Henry V and his ragged, sick and depleted army won an astonishing victory over an overwhelmingly larger French force.

The most famous clash of the Hundred Years War, the battle was, of course, dramatised by William Shakespeare who portrays heroic Henry addressing his soldiers as: “We few, we happy few, we Band of Brothers”. 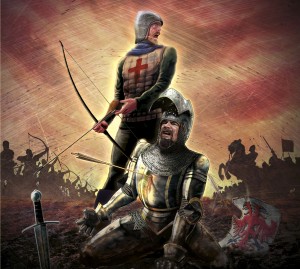 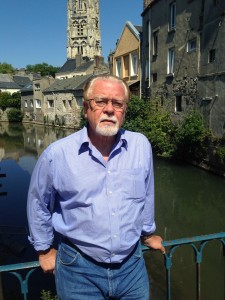 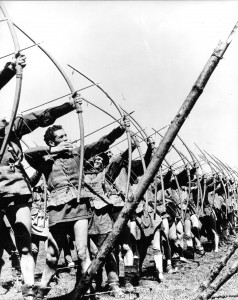 It has been a ringing call to arms ever since – most recently adopted by TV’s Band of Brothers series which tells of Easy Company, US Rangers, who survived the slaughter of the Normandy beaches, and the Battle of the Bulge and fought all the way to victory in Berlin.

The original Band of Brothers fought 600 years ago. They had just completed a perilous journey under constant attack across northern France. But, happily for today’s travellers, it is a route that now welcomes tourists who can easily conquer it in a long weekend.

The start point, after driving south from the P&O ferry terminal in Calais, is ancient Harfleur in Normandy, an old fortress town near the mouth of the River Seine. It is nowadays all too close to the docks and refineries of modern-day Le Havre, so the best bet is to stay across the river in Harfleur’s prettier twin, Honfleur, with its picture-postcard harbour and plentiful modestly priced hotels.

From there, hop over the soaring Pont Normandie bridge to Harfleur where Henry V landed his invading army in August 2015 and which he brutally besieged, supposedly urging his men: “Once more into the breach, dear friends, once more.”

In fact, the walls of the town took so long to breach that the English suffered crippling dysentery, thanks to the French defenders opening the town cesspits into the boggy ground their enemy were paddling through. The swamps have been drained but, for today’s touring families, the more sensible cry is: “Once more onto the beach, dear friends!” – because just along the coast are the glorious unspoilt beaches of Trouville and Deauville.

Alternatively, head north along the route which Henry V led the remnants of his army after shipping a sickly half of them home to England. The trail he chose towards the sanctuary of Calais, then an English outpost, will take today’s meandering motorists up the coast to Dieppe, passing the historic harbour towns of Etretat, Fecamp and Saint-Valery-en-Caux. Further on, at Saint-Valery-sur-Mer, Henry hit the estuary of the River Somme and found the crossings blocked or destroyed by the French.

Their vast army had answered the call of their King Charles VI, who although suffering bouts of insanity, wasn’t daft enough to let our Henry off the hook. The English army was diseased, ragged, hungry and wanted to get home but were forced to march almost 100 miles inland on the south bank of the Somme while the ever-expanding French army trailed them along the north bank.
If you are following the route, that’s good news, because it makes for a beautiful scenic tour. Best place to lay your head for the night is Amiens, with its glorious cathedral, its riverfront eateries and many mid-range hotels.

Six hundred years ago, the English army slept rough as they passed Amiens and surprised the French by crossing the river near Peronne before racing north towards Calais. But the opposing force had grown to anything between 15,000 and 30,000 foot-soldiers, mounted knights, aristocrats and their coteries.

And that’s when the two armies met, at the tiny hamlet of Azincourt (as they spell it over there), which is now home to a well-run exhibition centre, with original relics, battle models and interactive videos.

The centre looks out over the tree-lined fields where, after 18 days of marching, constantly attacked by the French army, Henry’s “Band of Brothers” – sick, exhausted, malnourished and outnumbered – finally stopped and fought.

And on St Crispin’s Day, Friday October 25, 1415, his 7,000 archers, backed by only 1,000 other men at arms, utterly vanquished the overwhelmingly bigger force.

The undeniable heroes of the battle were the English and Welsh archers who, with their yew longbows, fired off up to 1,500 arrows a second – as many as a million during the battle.

It has to be admitted that Gallic historians don’t view our victory in quite the same glorious light, particularly as Henry ordered the French prisoners put to death while we were busy slaughtering 6,000 of their proudest knights.

But the visitor centre staff at Azincourt, headed by the affable Christophe Gilliot, are pretty good about this and play generous host to English visitors. Check their website (below) in advance for special events, including displays by archers recreating that famous ‘whoosh’!

If you are tempted to stay overnight in the area, the country hotels listed below have excellent restaurants. On a hilltop further afield stands the picture-postcard-pretty walled town of Montreuil with hostelries galore.

The final stretch of Henry V’s journey will take travellers back to Calais where, thanks to P&O’s new ferries, the voyage home is as welcome as it was for the victorious army of 600 years ago. And despite recent problems with migrants and strikers, it’s worth noting that cross-Channel tourist traffic is at its highest for a decade. It seems we have patched up our little differences of 600 years ago! 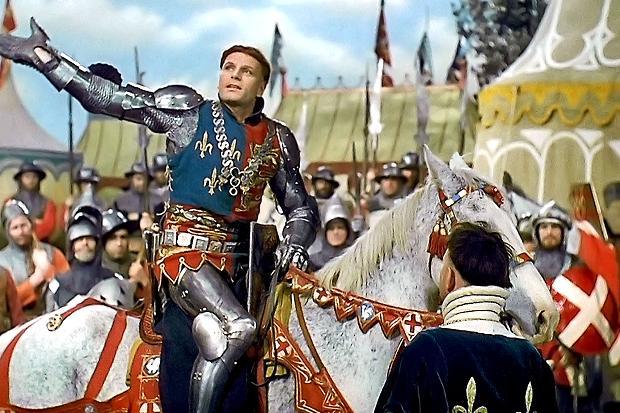 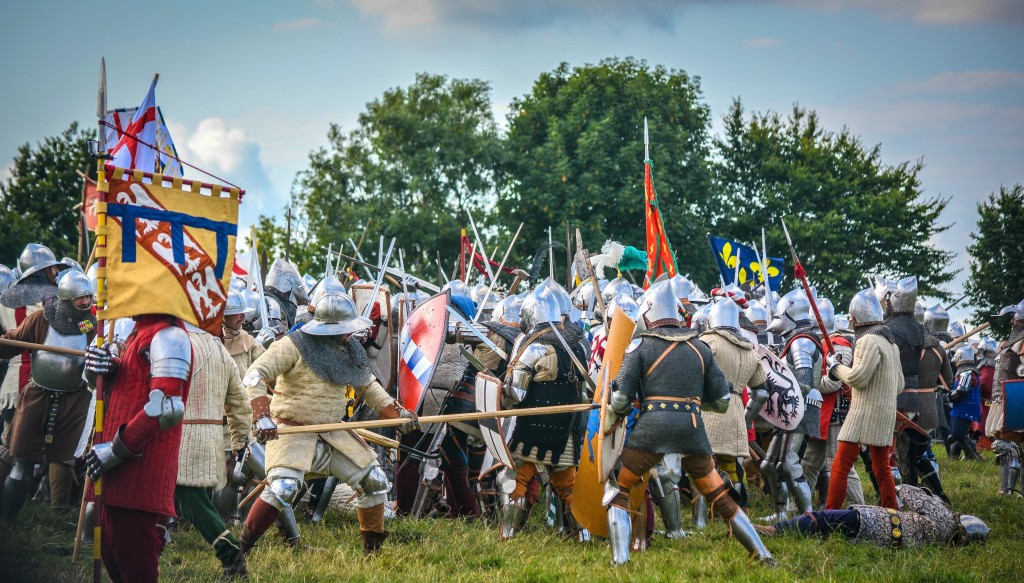 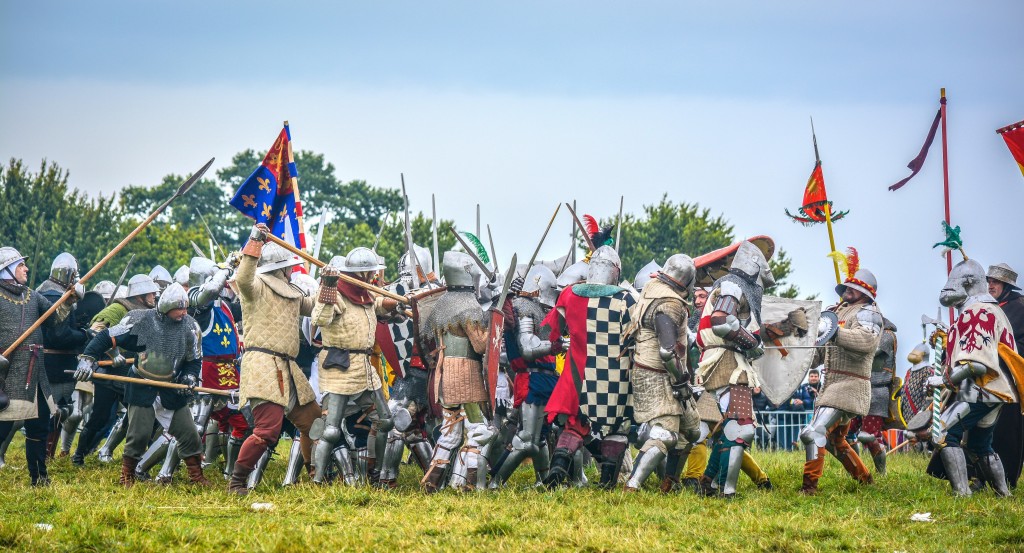 P&O ferries are from £39 each way for car and up to nine passengers. But check for special offers via poferries.com/en/dover-calais which often offers three-day and five-day deals – ideal for a tour of the Agincourt route.

Time your tour to pass the vast Somme estuary as the tide races in across the sands – a dramatic sight.

The reliable Ibis chain hotels at Harfleur and Honfleur are from about £40 a night. Excellent hotels close to Agincourt are La Cour de Rémi at Bermicourt (£65 upwards) and Le Clos de la Prairie at Gouy-Saint-André (£80).

Finally, offset the cost of your trip by stocking up with cheap wine at one of the Calais booze warehouses!

All this beauty and mountains too