Britain’s first National Park, the Peak District, is 70 and was Britain’s first and remains one of the most visited Parks in Britain. The Peak District embraces five counties (Derbyshire, Yorkshire, Lancs, Staffs and Cheshire and has been a long-time Good Holiday Magazine favourite, and a recognised holiday and short break escape for millions despite its absence of major hotel or accommodation chains. Despite the odd luxury hotels hidden away our readers bemoan the lack of good medium-priced hotels. 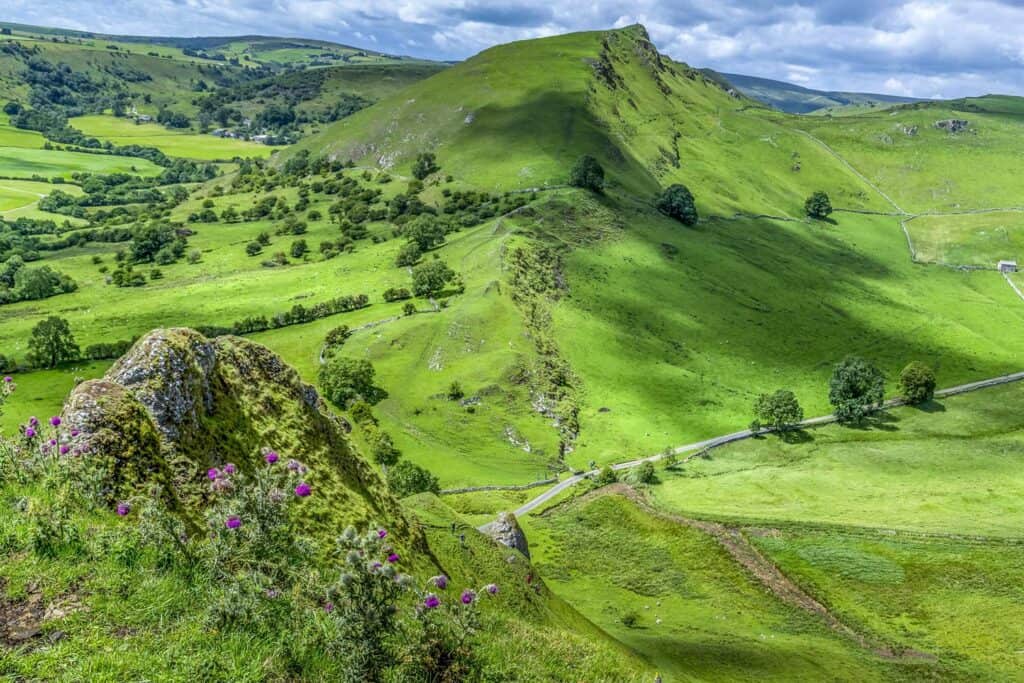 Good Holidays two favourite Peak towns are bustling Bakewell, famous for its jam tarts and quieter Hathersage, which is just 7 miles from the city of Sheffield.

The entire region is a climbers’ and hill walkers’ paradise with scores of challenges for mountaineers and hundreds of easy walks and day treks, toughest of which is the 15 km Kinder Scout trek, which at 2,000 metres is highest and circles the eastern end of the park (watch out for low-flying jets from Manchester Airport!).

Top visitor attraction for us is a visit to the spectacular 17th century mansion home of the Duke and Duchess of Devonshire (inspiration for TV’s Pemberley?) open to public with free access to surrounding area of flat riverside ambles, wooded hillside trails, the famous fountain, restaurants.

Chatsworth is at the centre of thousands of acres of prime land, and a must for culture lovers as well as good-food lovers, because of its fine restaurants – and it boasts what we consider one of the country’s best farm shops, worth popping into on your last day’s stay.