Admiring glances followed our gleaming Range Rover Velar as the slick SUV purred out of the Canary Wharf and cleverly joined the M 25, missing the dreaded Dartford Crossing.  It did not take long to get familiar with the controls of what has been dubbed The World’s Most Beautiful vehicle.

Certainly this ultra-chic, extremely comfortable and so easy-to-drive luxury motor from Britain’s biggest car maker was living up to its name as we headed North on the old-faithful A1 – destination New Scotland.

I prefer this mainly-dualled, part-motorway, old Great North Road as it is less prone to jams (we thought) and just as fast to get to your destination.  We had been warned about fierce gales and rainstorms, and they surely arrived and blasted our screens us as if we were at sea when we passed Grantham, and after our flying start we were blown back to a grid-locked, road-works single-lane shambles on an Osborne-holed highway. Ironic as we were on the way to see the world’s-first-ever tarmac road – invented in Ayrshire’s Burns Country.

The fierce storm certainly halted our flying start and as traffic built, and we were sometimes held back by Rover’s in-car engine manager slowing us down if the vehicle we were following slowed.

The storm   lasted several hours as we limped through  Robin Hood country in Lincolnshire,  then crawled  through Yorkshire (finding the Velar’s controls a dream to operate and we particularly enjoyed a concert on Radio 3, sans adverts) At Scotch Corner we hurriedly topped up, and found our big beast was recording 45 mpg. And here in Nissan country we got more admiring glances and compliments in accents I never understand. 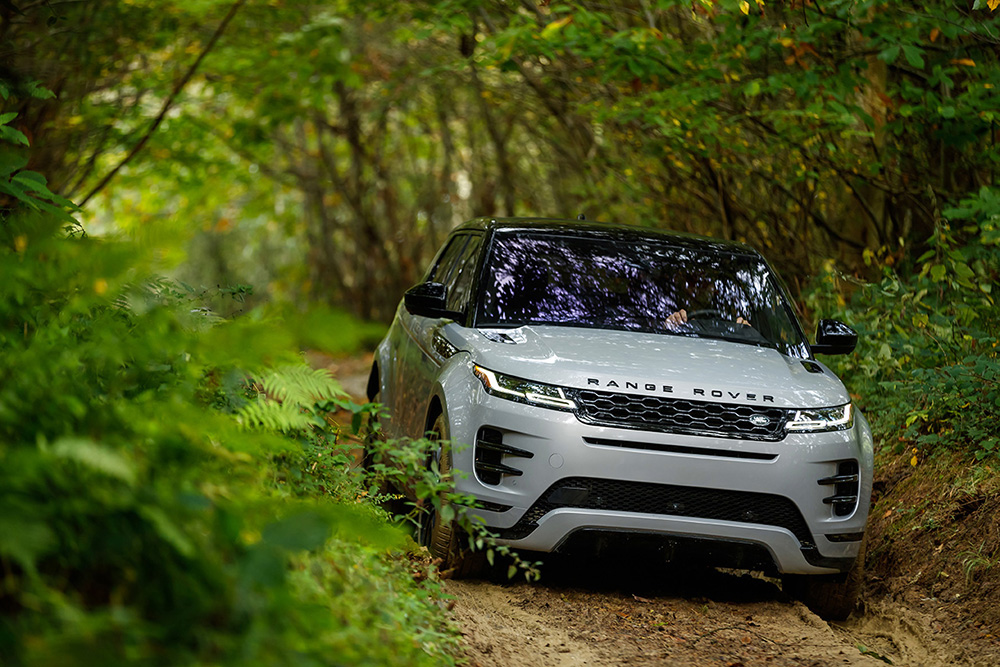 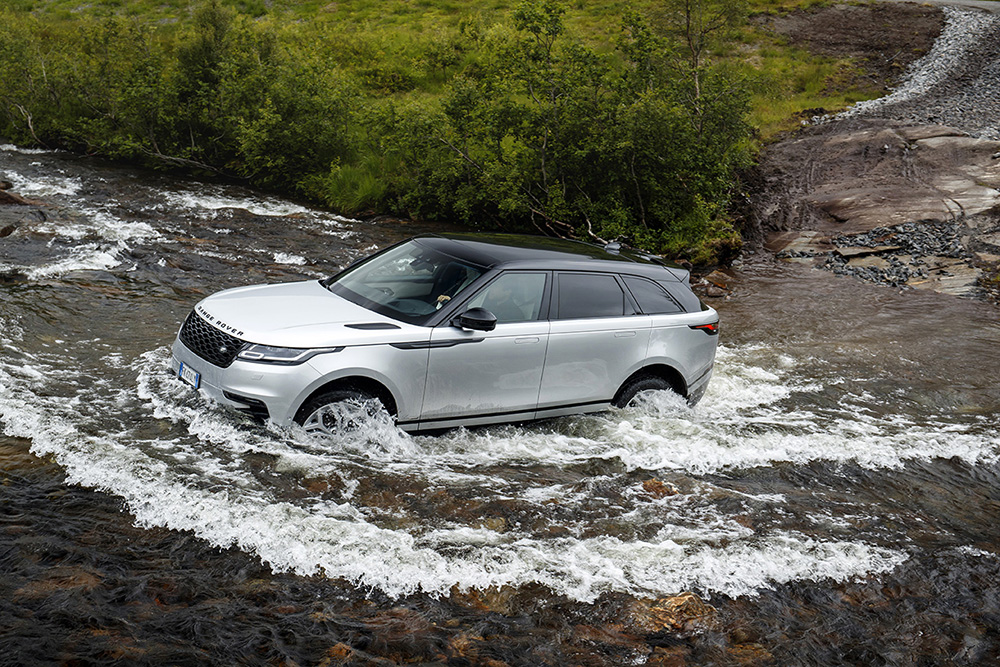 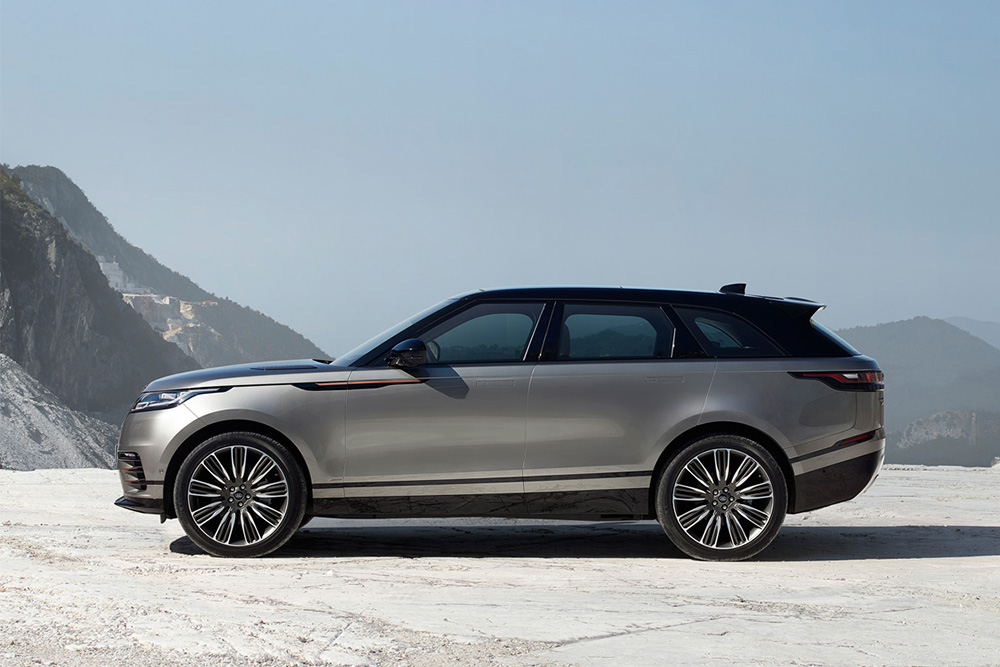 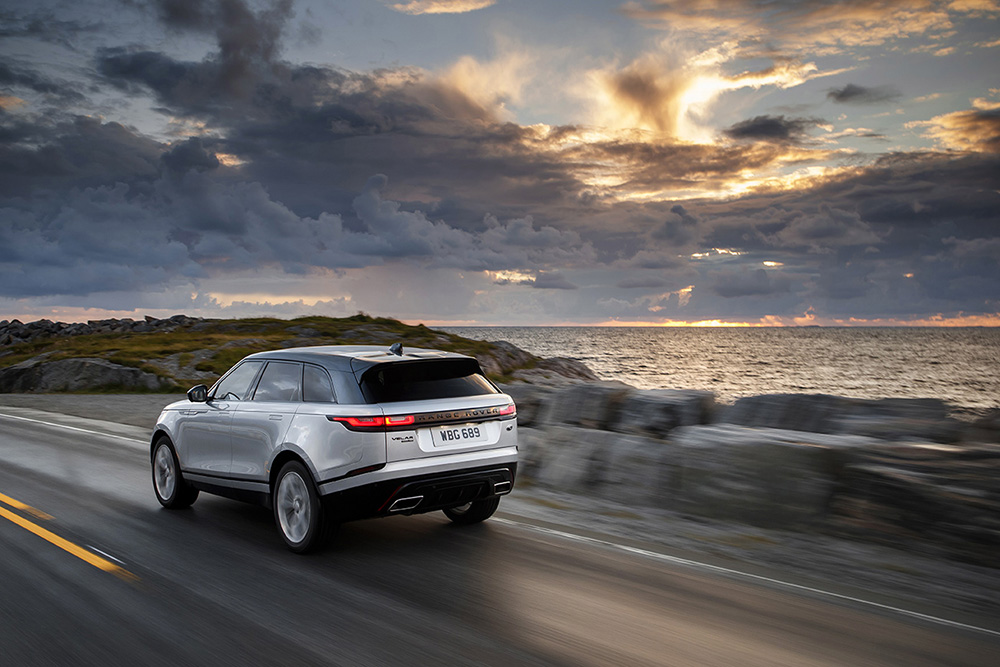 The storm ended quickly as it began and soon we were moving swiftly again across long, straight roads once marched on by Roman legions, then Viking and Northern marauders and glimpsing up we could still see the ancient remains of Hadrian’s Wall.  We did the 50 miles to Penrith and the M6 in under 50 minutes, whereas years back it was more like 90 minutes.

Foot down on the M6 and M74 and we blessed the Revlar for its extreme comfort, and robust handling, particularly on  long motorway corners and tight bends, and soon we were rolling down the A70 coastal road to Ayrshire, the hard-man county of warriors (Braveheart William Wallace)  and heroic regiments such as the Argylls and Cameronians) and latterly inventors such as William “Tar” Macadam, who made the world’s first bitumen road at Muirkirk  and TV’s James Logie Baird. Little Muirkirk, a famous Covenanter area, is also home of football greats like Bob and Bill Shankly of Liverpool and my uncle, Scottish team captain Eric Caldow.

All this in Scotland’s rust-belt, and we passed rather quickly through derelict villages,  shut-down coal mines, iron works, and abandoned open-cast mess and decaying farms and villages that once powered the British Empire.

Thankfully this needless decay and resulting unemployment has been halted, and the region is on the way up again, thanks to the endless  efforts, not of the ruling SNP zealots, but our own Royals,  as we found when we pulled into the Cumnock area, a few years back dubbed Britain’s toughest town by TV’s Ross Kemp.

We were thrilled as we reached beautiful Dumfries House, designed by John, Robert and James Adam in the mid-1700s and now totally refurbished and its surroundings revitalised and  turned from overgrown, bramble-filled wilderness to a tourist-filled country park attraction. Behind the renaissance is The Duke of Rothesay, aka HRH Prince Charles, whose quiet and modest genius has totally picked up the area and put it on the tourist and cultural map.

The Prince took a gamble and invested his own charitable foundation’s money during the banking crisis 12 years ago to save the wonderful country house and its wonderful Chippendale furniture from the auctioneers and his success in regenerating makes mockery of politicians’ bold claims. Little wonder that locals are now hailing HRH on his regular visits to the estate, where he walks the paths and chats to all he meets.

And another clever move – the thousands of acres of Dumfries House’s now-glorious grounds never close as HRH has decreed that his beautiful country park, and its treasures must be available to all – walkers, joggers, runners, and all visitors, bar overnight car parkers 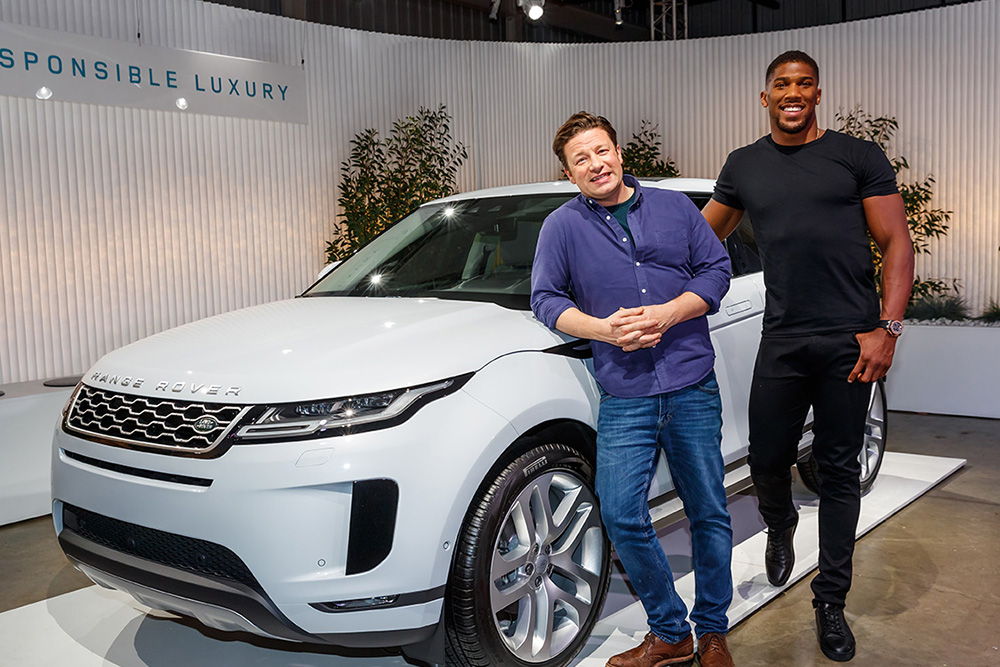 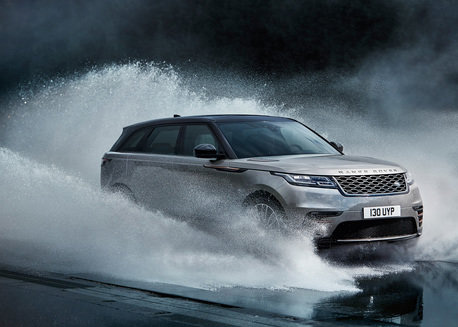 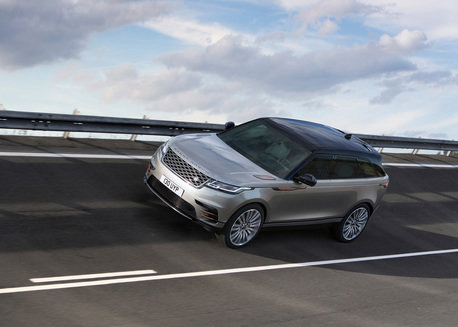 How strange that we have seen so little publicity in the UK’s scandal-chasing and fake news hunting media or social media. And with President Trump’s family cleaning up the wonderfully-scenic coast just 20 miles away at Trump Turnberry, Ayrshire is swiftly getting back to its glory days as Britain’s prettiest coastline, lifting the region out of poverty. Both men are now major employers in Ayrshire, known as Britain’s best scenery as the coastal towns and villages look out on the famed Isle of Arran, and you can see Ireland on a sunny day.

Whilst our Range Rover was a object of fame and waves and Churchill-type two fingers all over the countryside, Dumfries House car parks boasted plenty of British cars, including Range Rovers, and estate workers bragged that the Land Rover is  still a massive workhorse in mountains all over the  world. And on all the Estate farms

We were so delighted with the cleaning up of Scotland’s rust-belt that we stayed here for a week testing our Velar to the full on the hills and tight coastal roads with steep off-roading.  We used the very same hills as my younger brother and I used to test-drive Triumph’s world-beating motor-bikes

A wonderful few  days with little traffic and pleased to report that Range Rover have a real winner here as the Velar behaved brilliantly, not the least its GPS, which is up there with Tesla with world’s best guidance system, and that’s from a cynical anti-GPS oldie, who still guides by maps or memory but truly appreciated my Velar’s in-car aids.

More praise too for the vehicle’s engine-management system, which slows you when there’s another vehicle or obstacle a few car-lengths ahead.

All Velar versions have automatic emergency braking and lane departure warning as standard, along with six airbags. Technologies such as a driver condition monitor, a blindspot monitor and cross traffic detection are also available.

The Velar is quite a beauty and elegantly efficient and from £48,250 on the road, it won’t break the bank.

Top Russell Crowe with an entire hamlet plus vineyards

The Prince and the President to the rescue